Initially, a bibliographic investigation and review of scientific databases of the internet was performed in order to accurately determine the different areas of occurrence of the wild-growing tulip species of Greece.

Based on the information found in the electronically deposited specimens, the following interactive map was created in a web GIS environment: 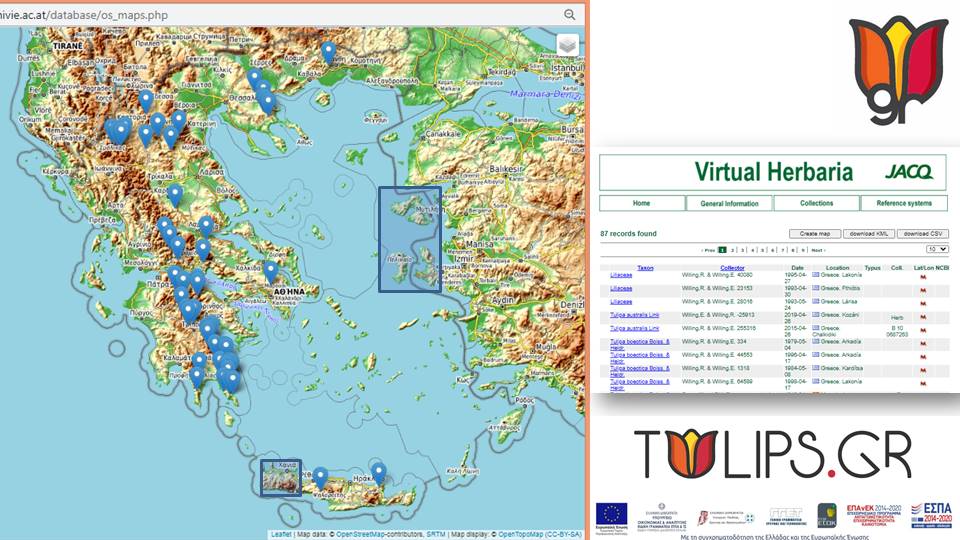 Indicative map of the presence of native populations of tulip species in Greece based on available information of herbarium specimens (coloured boxes indicate areas of wild populations of Greek tulips with no electronically available data for their geographical location).

to stay updated about all the latest news